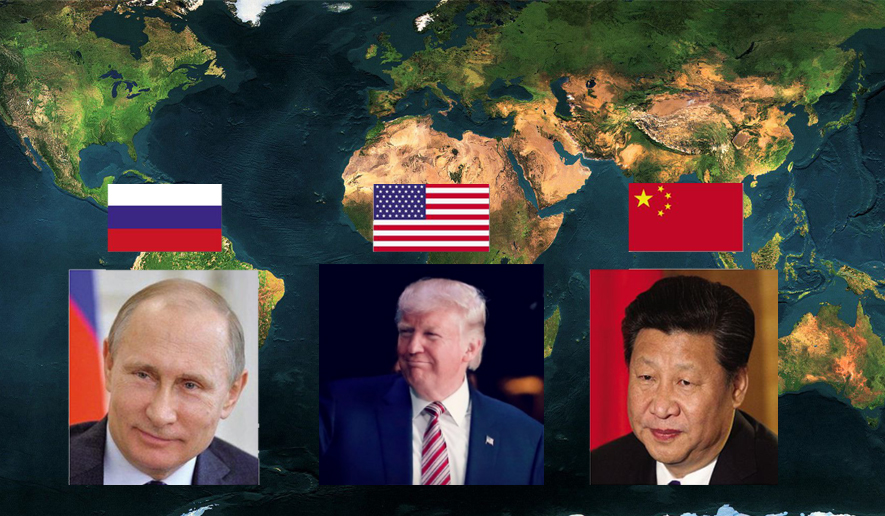 In these two lectures, Professor Joseph Camilleri will address the twin questions of the moment:

How is the world to engage with Trump’s America, and how will the Eagle engage with the Bear and the Dragon, as we navigate our increasingly uncertain future?

These lectures aim to make sense of a world in profound transition, where forces – old and new, creative and destructive – are busily contending to shape the human future.

Tuesday 9 May – America, Russia and China: What to do with the three gorillas in the room

The United States, though still commanding unmatched military might, is in decline, and finds it more and more difficult to impose its will on the rest of the world. The trend is visible everywhere, in diplomacy, trade and finance, and in military conflicts around the world. Russia is beginning to reassert its influence, after 25 years of humiliation following the break-up of the Soviet Union. Though starting from a low base, China has sustained over the last three decades the most remarkable rate of economic growth ever witnessed in modern history.

As one centre of power declines and another rises, new fault lines and tensions emerge, and with them new uncertainties. The lecture will address three key questions:

Please note there is limited seating for this series, book early to secure your tickets.
Cost: $20 per lecture or $35 for both

Joseph Camilleri is also Managing Director of Alexandria Agenda, a new consultancy offering services in the areas of sustainability, diversity and education.

Professor Camilleri is a Fellow of the Australian Academy of Social Sciences; he chairs the Editorial Committee of the scholarly journal Global Change, Peace and Security; and is adviser to Ideapod, a new web-based platform aimed at harnessing the power of ideas. He has researched, lectured and given evidence to government and other enquiries on issues of governance, human rights, cultural and religious dialogue, development, environment, and security. He is the recipient of several awards, including the Order of Australia Medal.