“I have passions that have grown out of 25 years of ministry in three liberal/progressive congregations, two of those in CBD locations like St Michael’s. I hope to support St Michael’s to engage more deeply with the communities of people who live, work, study and play in the city of Melbourne – to be a meeting place where people come together to reflect and act ethically for the common good. I believe that the Church has a role to play in bringing together diverse groups to foster ‘courageous civil conversations’ about what really matters. I dream of a church that is committed to nourishing the spirits of city dwellers, building social connectivity through the arts, social justice, and hospitable, inclusive community. This is genuine evangelism, which is based not in a desire to convert, but in love for the world, for people and creatures and our planet home”.

On Sunday, February 9, 2020 the Presbytery of Yarra Yarra inducted Rev Dr Margaret Mayman to serve as Minister of the Word to the Congregation of St Michael’s Uniting Church. 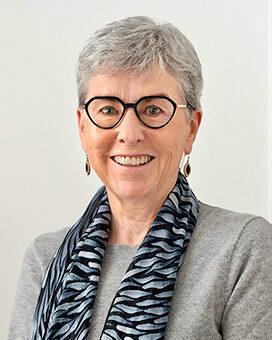 Dr. Mayman was ordained as a Minister of the Presbyterian Church of Aotearoa New Zealand in 1982 and her first appointment was at West Dunedin Union Church. This was followed by a move to New York where Dr. Mayman pursued doctoral studies at Union Theological Seminary and taught Christian Ethics and Religious Studies.

In 1995 Dr. Mayman took up the position of Minister at St Ninian’s Presbyterian Church, a theologically liberal suburban congregation in Christchurch.

In 2002 Dr. Mayman became the Senior Minister of St Andrew’s on the Terrace, a large city church in Wellington New Zealand. The congregation numbers had been dwindling and needed revitalising. Working with the Church Council, she initiated a number of changes which significantly increased the numbers attending worship. In addition, a strong presence in the city was fostered through a ministry which engaged the community and focused on social justice and sustainable models of church community.

Dr. Mayman was also involved in a large scale $3.5 million capital works project to renovate the heritage-listed church which became a thriving hub of civic, artistic, spiritual and communal activity.

In 2013 Dr. Mayman became the Minister of Pitt Street Uniting Church in Sydney. During her tenure of six years the membership, drawn from across Sydney, grew and the congregation’s identity and purpose were articulated and expressed in fresh ways. A Mission Plan was been developed focusing on both the life of the congregation and engagement with the city.

In 2016 Dr. Mayman became a Minister of the Word in the Uniting Church in Australia. She lectured in Theological Ethics at the United Theological College, North Parramatta and is well known in the progressive theology network, has been a keynote speaker at numerous conferences and is sought after for comment by the mainstream media.

In relation to her commitment and concern for her congregation Dr. Mayman has noted that:

“In the life of a faith community, I am committed to expressing the inclusive love of God for all the glorious diversity of people and planet in language and practices that dismantle the hierarchies of race, gender, religion, ability, class, gender identity and sexual orientation.”

Dr. Mayman has also had significant leadership roles in:

Dr. Mayman has noted that theology:

“is not about believing a set of claims about God and Jesus, but rather a reflection on a path of transformation that leads to participation in the Sacred”, and that “I accept the historic creeds of the church, recognizing the ecclesiastical and political contexts in which they rose. However, I seek to express timeless theological truths in language that is accessible and meaningful.”

And in relation to successful leadership that:

“Hierarchical and individualistic leadership is no longer a viable model for ministry. I am committed to a leadership style that is engaged, relational, collaborative, interdependent and empowering of others. Leadership requires self-knowledge and self-care. It demands attention to one’s own spiritual journey.

A leader must be a listener discerning the vision and hopes of the faith community and reflecting them back to the community in conversation and in worship that nourishes and inspires.”

It has been noted that Dr. Mayman is a passionate and compassionate person and has a warm and engaging personality with pastoral care as a valued part of her Ministry. She has outstanding presentation and preaching skills and is inspired by the Gospels in her public theology and actions. She is a leader in the Uniting Church of Australia through her progressive and thoughtful preaching, social advocacy, and in the care and compassion she has for the members of her congregation. 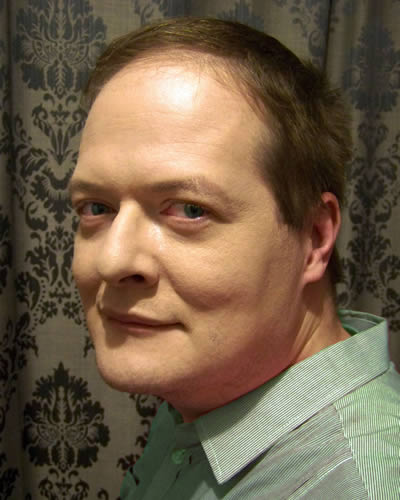 Rhys Boak was born in Melbourne into a musical family.  Experimenting as a toddler playing the piano, his formal training commenced at age 4 with his mother, Laurice Boak. Rhys began playing the piano as he learned to walk, and his interest in the king of instruments, the pipe organ started soon after.

Rhys has been the organist and Manager of Music at St Michael’s Uniting Church in Melbourne’s CBD since June 2007. Notably in 2005 he initiated the first series of organ recitals to be held in mainland China, when he opened the world’s largest pipe organ museum in Gulangyu China along with Japanese organ virtuoso Ryoko Mori. He has undertaken numerous international tours throughout Europe and Asia.

In 2006, Rhys notably toured China playing duets with the late Geoffrey Tozer, and has toured with many artists, most recently as part of the nationwide ‘My Hero’ tour with Australian soprano, Greta Bradman presented by Universal Music.  He has toured Europe twice with the Australian Chamber Choir, and also with the Choir of Ormond College of the University of Melbourne.  Rhys is also a notable collector and restorer of historic Australian pianos and is a certified piano technician. As a highly active orchestrator and arranger, his work has been recorded by the likes of the English Chamber Orchestra, Sir Richard Bonynge and can be heard on the Sony, Decca and Move Records labels.