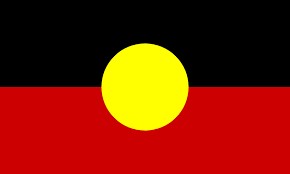 We acknowledge that our church gathers on the unceded land of the Wurundjeri People of the Kulin Nation. We recognise the sovereignty of Aboriginal people, who have cared for this land since creation, and pay our respects to the Wurundjeri elders past and present.

In 2009, the Uniting Church adopted a new preamble to its Constitution which reflects our remorse for past injustices and our commitment to reconciliation with Australia’s First Peoples.

“As the Uniting Church believes God guided it into union, so it believes that God is calling it to continually seek a renewal of its life as a community of First Peoples and of Second Peoples from many lands.”

At St Michael’s we seek to create opportunities for reconciliation; repenting of the ways that we benefit from past injustice, seeking to be partners in creating a nation in which Indigenous people can take their rightful place. We believe that the call to “Voice, Treaty, Truth” in the Uluru Statement from the Heart charts a way forward.

We commit to educating ourselves about The Voice and to advocating for its passage into legislation in the 2023 referendum.

In our Sunday gatherings, we begin with an Acknowledgement of Country. We mark the Sunday before 26 January as a Day of Mourning, Reconciliation Sunday and NAIDOC week.

Uluru Statement from the Heart